Minnesota appellate decisions are basically turning me into Spaulding from Caddyshack.  By telling me:  “You will get nothing and like it.” However, desperate times call for legal opinions from…Louisana.  God bless the Louisana justice and God bless I mean I hope I am never lucky enough to experience it.   So there is this guy named Demesme.  He was interviewed by the police.  During custodial interviews, a suspect has to be read a Miranda warning.  Anyone who has watched Law and Order knows that Miranda explains that you have a right to remain silent.  Anything you can say can and will be held against you.  You have a right to an attorney.  If you cannot afford an attorney one will be provided to you.  They read that and then the person makes a decision whether or not to talk to the police or ask for an attorney.   If they decline to speak, then the interview should cease.  But it really should cease if the suspect asks for an attorney.   This one is easy.   If the suspect asks for an attorney, you stop the interrogation until the lawyer can be there.

However, in this case, the defendant said something different.

“If y’all, this is how I feel, if y’all think I did it, I know that I didn’t do it so why don’t you just give me a lawyer dog cause this is not what’s up.”

So one would assume this gentleman was speaking in colloquialisms and referring to the officer or officers under the slang term “Dawg.” Dawg is defined by the Urban Dictionary as:

So we can assume that second definition of the dictionary used in the Law second to Black’s Dictionary applied here.  I would argue that “dawg” is used interchangeably as slang as the word “dude.”

As this Court has written, “[i]f a suspect makes a reference to an attorney that is ambiguous or equivocal in that a reasonable police officer in light of the circumstances would have understood only that the suspect might be invoking his right to counsel, the cessation of questioning is not required.” State v. Payne (La. 2002); see also Davis v. United States (1994) (agreeing with the lower courts’ conclusion that the statement “[m]aybe I should talk to a lawyer” is not an unambiguous request for a lawyer). In my view, the defendant’s ambiguous and equivocal reference to a “lawyer dog” does not constitute an invocation of counsel that warrants termination of the interview and does not violate Edwards v. Arizona (1981).

Holy crap.  The Justice either (1) thought he was asking for an actual dog who was a lawyer.   (2) Is punishing him for speaking

The Justice either (1) thought he was asking for an actual dog who was a lawyer.  (2) Is punishing him for not speaking in the Queen’s English.   Because here is the deal.  Dogs are stupid.   K9 dogs.   They eat their own poop.  Sometimes.  Some dogs.  No person in their right mind would think that a person would stop an interview so that a lawyer dog would come in and save the day.  While this ruling is quite funny, it also sucks that Louisana is punishing a guy for speaking in slang. 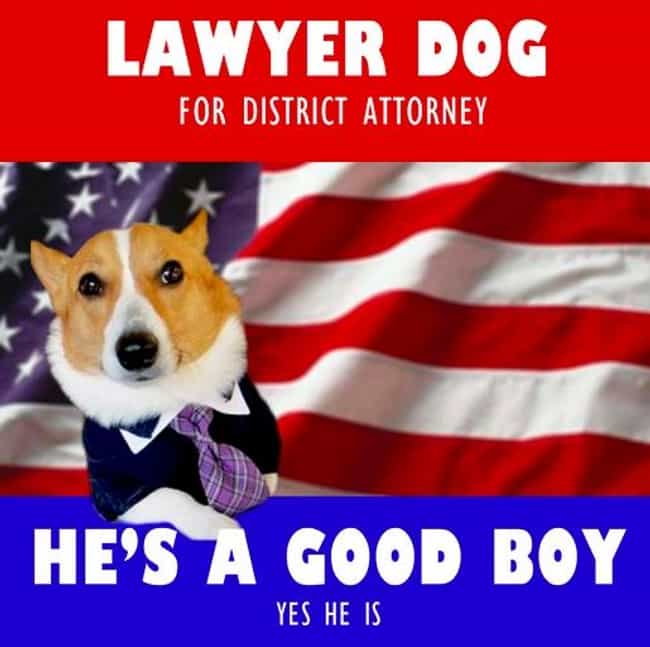 I hope this court takes the case.