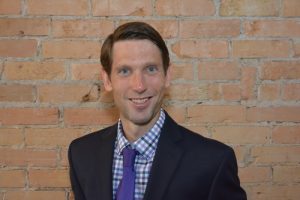 Chris began his career working with the Mille Lacs of Band of Ojibwe in 2008 as a staff attorney for Indian Legal Assistance Program.   In 2009 he was selected to create and manage the Mille Lacs Band's legal aid office.   The office became Band Member Legal Aid.   The five-attorney office averaged 2,000 civil and criminal intakes a year.

During Chris's seven-year tenure as the manager of the office, he maintained a caseload that averaged  350 open criminal files.  Chris has represented clients in thousands of cases ranging from moving violations to murder.  He has personally tried 124 cases to juries since 2008.  124.  He would put that number against most law firms attorneys' trials combined.  He has handled hundreds of contested hearings and probation violation hearings.   He also successfully argued the Mille Lacs Band's banishment law was unconstitutional.   Chris has also been a speaker at Continuing Legal Education law conferences.  From January of 2019 until August of 2021, Chris tried and won 16 consecutive cases.  Two were reversed on appeal.  "The Streak" earned him 2021 a Minnesota Lawyer, "Attorneys of the Year," award.

The link to the magazine is below:

Chris is married, has two children and a miniature golden doodle.   In his free time, he enjoys spending time with his family, yelling during youth baseball and running.  He finished just off of the podium in 86th place in the ultra competitive (bad back) age division (40-49) in 2022 Grandma's Marathon.